We think these are the oldest sweets in stock – Pontefract Cakes originate in the 1760s!

Liquorice was introduced to Britain in around the 11th Century, brought by either monks or crusaders returning from the Middle East. It became known for having medicinal properties and Pontefract Castle’s former dungeons were used to store the liquorice roots.

A chemist in the Pontefract area, George Dunhill, added sugar to the liquorice to create a chewable version that was purely for pleasure. The round, black discs became known as Pontefract cakes and have been popular ever since!

Who would have thought that a little sweet could have so much history! 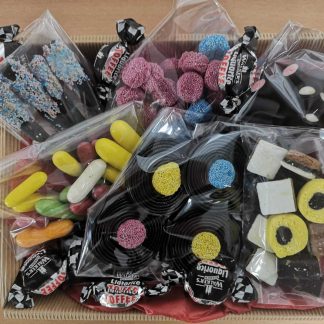